And here we have the collection of programs running on many different Linux machines.  The one on the left is my laptop, in the middle is a cloud instance I spun up, and on the right is this server hosting the Server portion.  If you're wondering what my order of operations was: 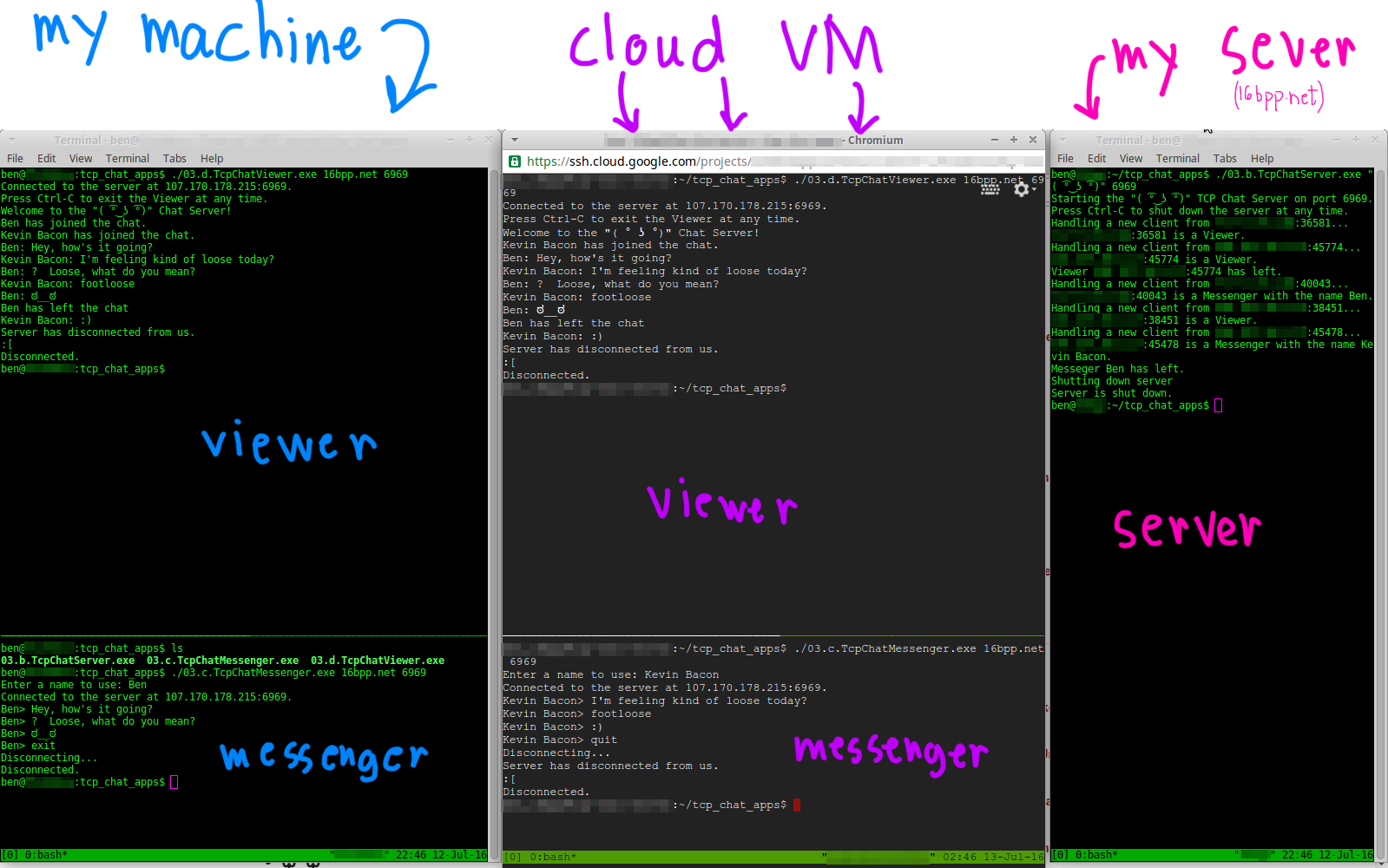 With all that has been said, done, and typed, there are still a few things to go over.  This is not a good implementation of a internet chatting application.  Keep in mind my goal is to teach you the C# # APIs of System.Net.  Lets go over what's oh-so-very wrong:

If you have anything to say about this, send me a message.  There might have been some major flaws that I've missed.  I would like to hear about them and put them up here.  Also, if you want to have your own fun and try to make this server multi-threade, asynchronous and time'd-out, feel free to do that and send me a link to the code when you're done.  It would be nice to see a "more correct," version of this.

This also was a much more lengthy example than my other stuff.  I'll try to make the rest of them a bit simpler.