I didn't feel like putting this up on my server, so here's it running locally.  The order of operations were: 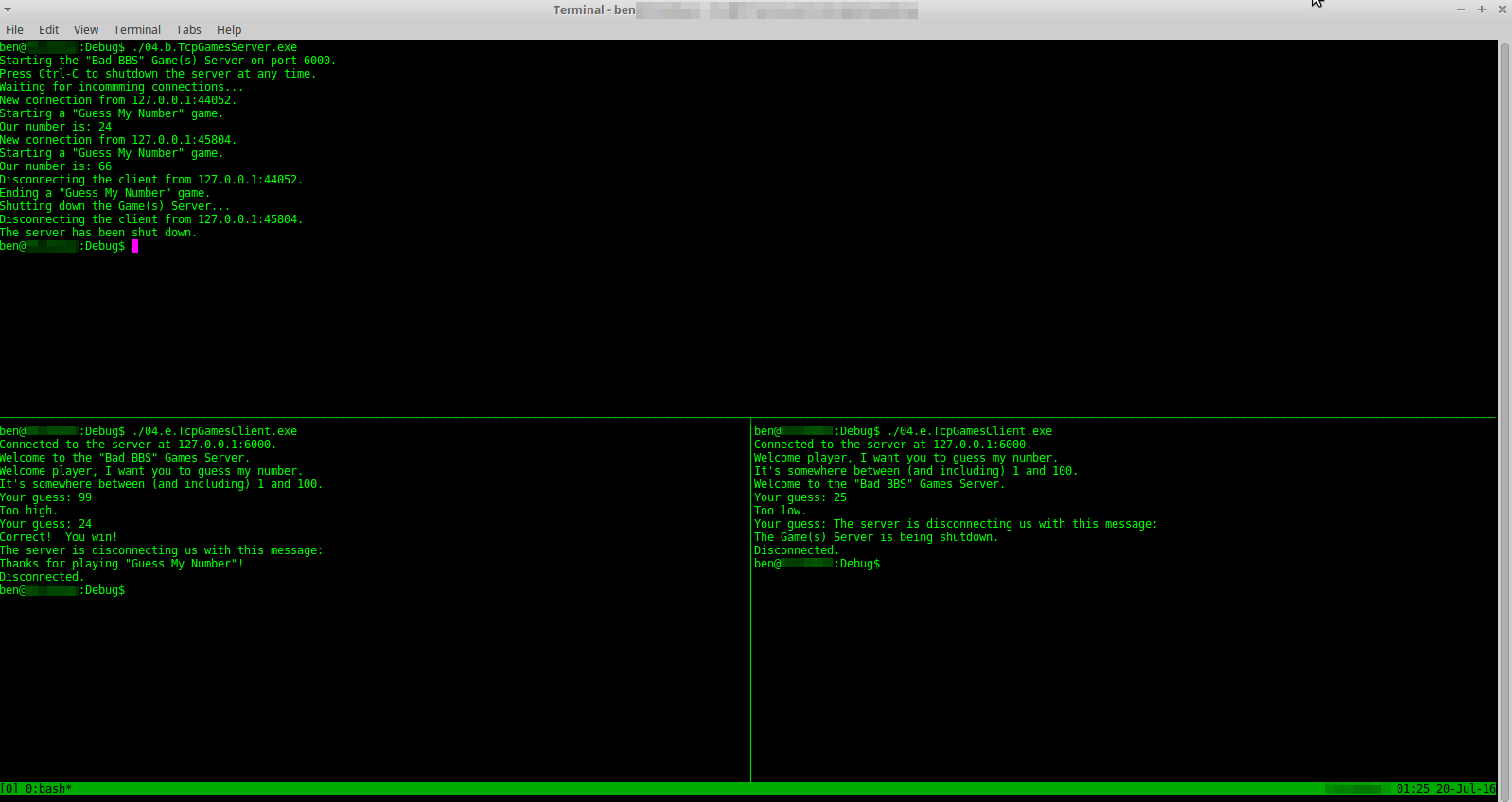 As always, there are some problems with anything we do and a few things here we can improve on:

I think this has been a good example of a multithreaded/async TCP server.  I'm a little disappointed in myself that I got lazy and didn't implement Tic-Tac-Toe too, but I'll leave that as an exercise for you to do.  I'd love to see it if you get it done (send me an email)!  If you have any other suggestions for the review, drop me a line.  And if you address any the problems I have listed above don't' hesitate to send me your solution.